Press Release: CHANCERY DEDICATED AND BLESSED FOR THE PERSONAL ORDINARIATE OF THE CHAIR OF ST. PETER

The following is excerpted from a press release from the POCSP Chancery:

Houston - The Chancery of the Personal Ordinariate of the Chair of St. Peter was blessed and dedicated on Sunday, February 1, with all the majesty and magnificence of the best of our Anglican patrimony and Catholic heritage.

With the prayers and presence of two Cardinals, an archbishop, two dozen priests and deacons, a festive choir, musicians, a contingent from the Knights of Columbus and a crowd of several hundred, the Chancery was liturgically and officially prepared for use as the headquarters for our growing mission within the Catholic Church in the United States and Canada. 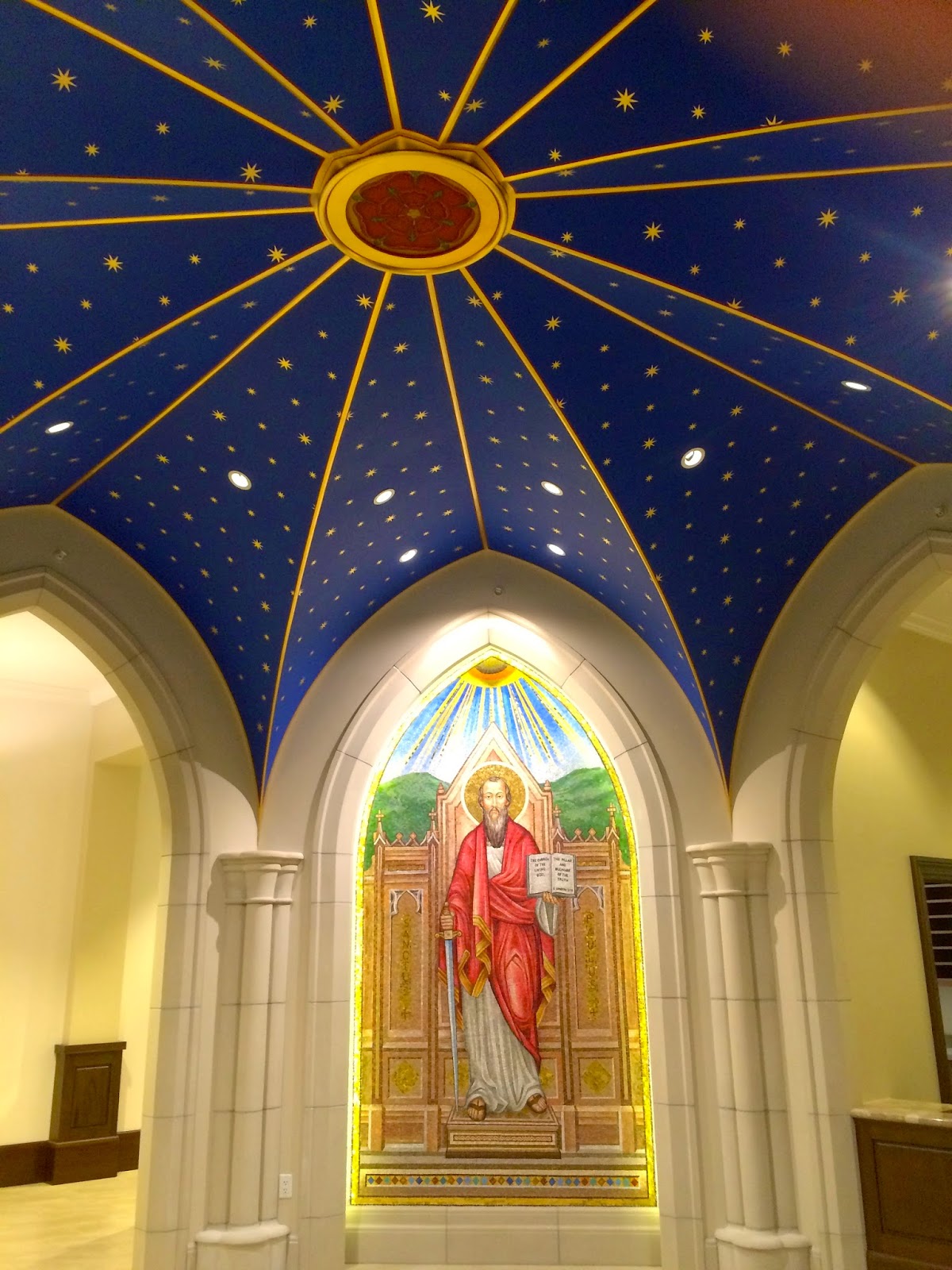 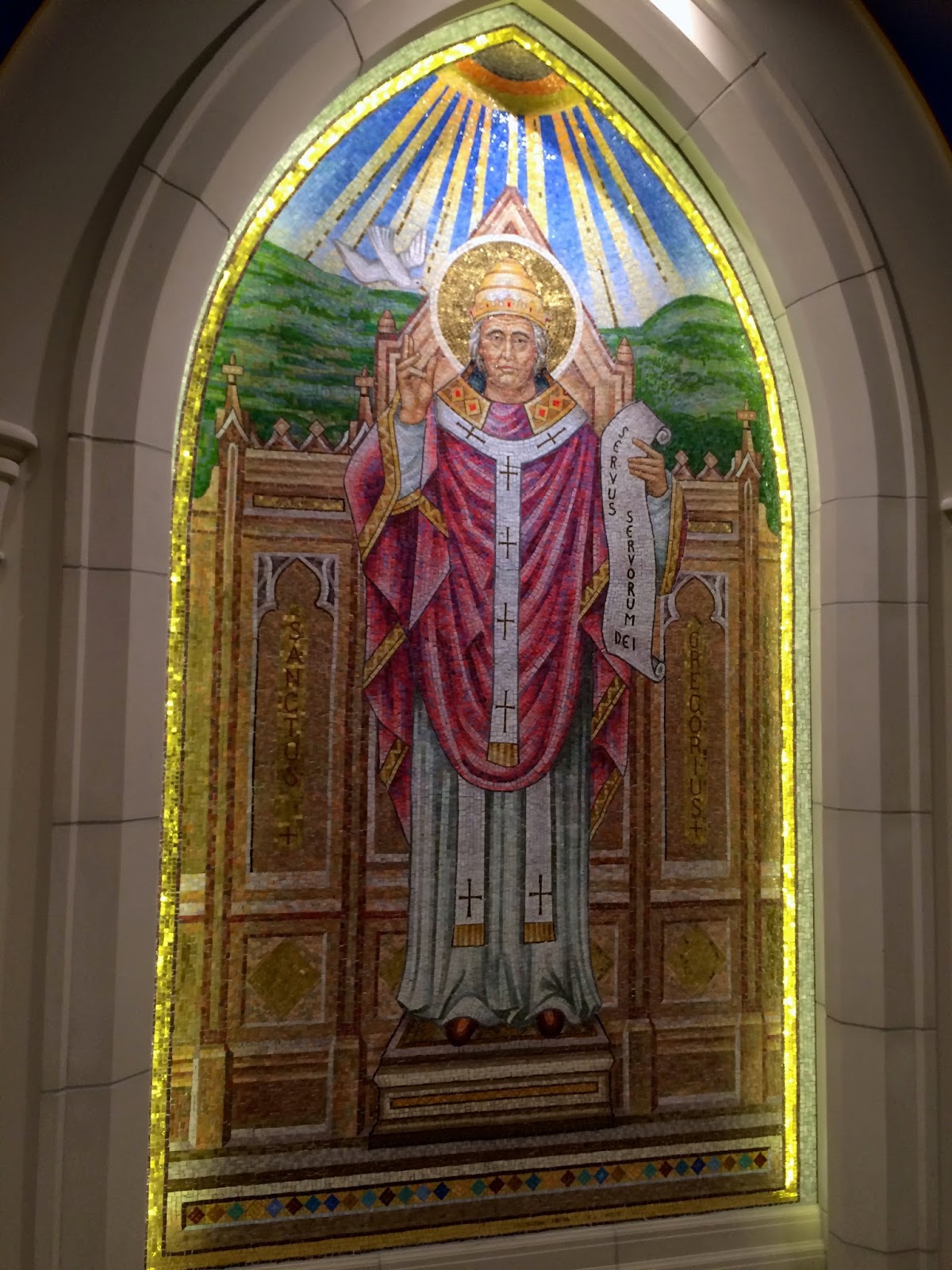 The dedication began with a beautiful service of Choral Evensong at Our Lady of Walsingham Catholic Church – the principal parish of the Ordinariate – followed by prayers at the Shrine of Our Lady and a procession around the east side of the new building into the front doors.

William Cardinal Levada, Prefect Emeritus of the Congregation for the Doctrine of the Faith, officiated at the dedication, accompanied by Daniel Cardinal DiNardo, archbishop of the Diocese of Galveston-Houston and Cardinal DiNardo’s predecessor, Archbishop Joseph Fiorenza.  Monsignor Steven Lopes from the Congregation of the Doctrine of the Faith was with us through the weekend, and helped to lead an Ordinariate symposium on our new liturgical books on Monday, February 2..

After the procession through the two-story stone structure, the closing prayers were said in the Great Hall of the Chancery, followed by refreshments and tours of the building. 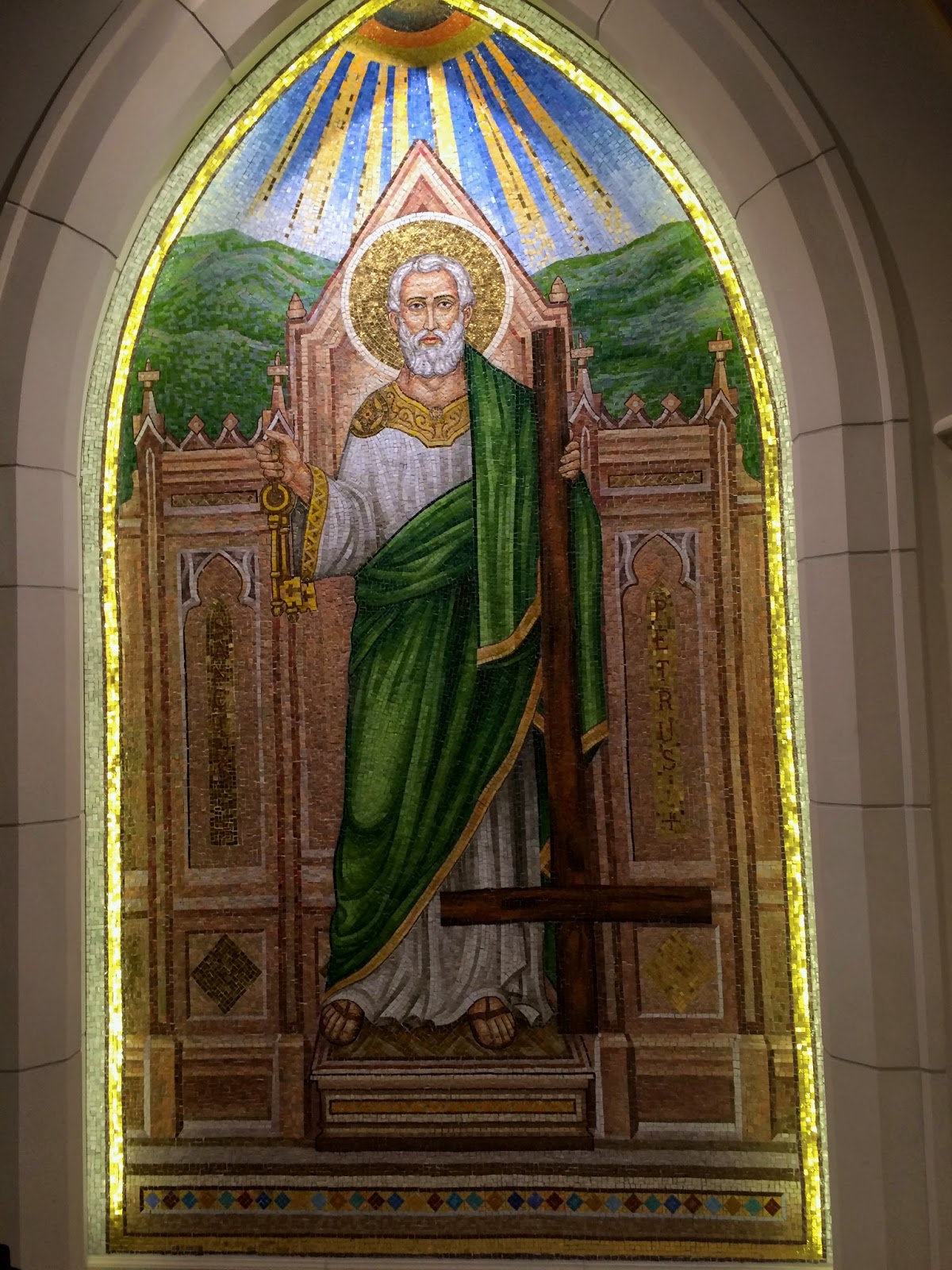 Monsignor Jeffrey Steenson, Ordinary of the Personal Ordinariate of the Chair of St. Peter, welcomed the crowd into the new building, which was constructed entirely with funds donated by friends of the Ordinariate.  The building includes offices for the Ordinary and his staff, conference rooms and gathering areas, a Great Hall, as well as meeting rooms and a beautiful inner courtyard. 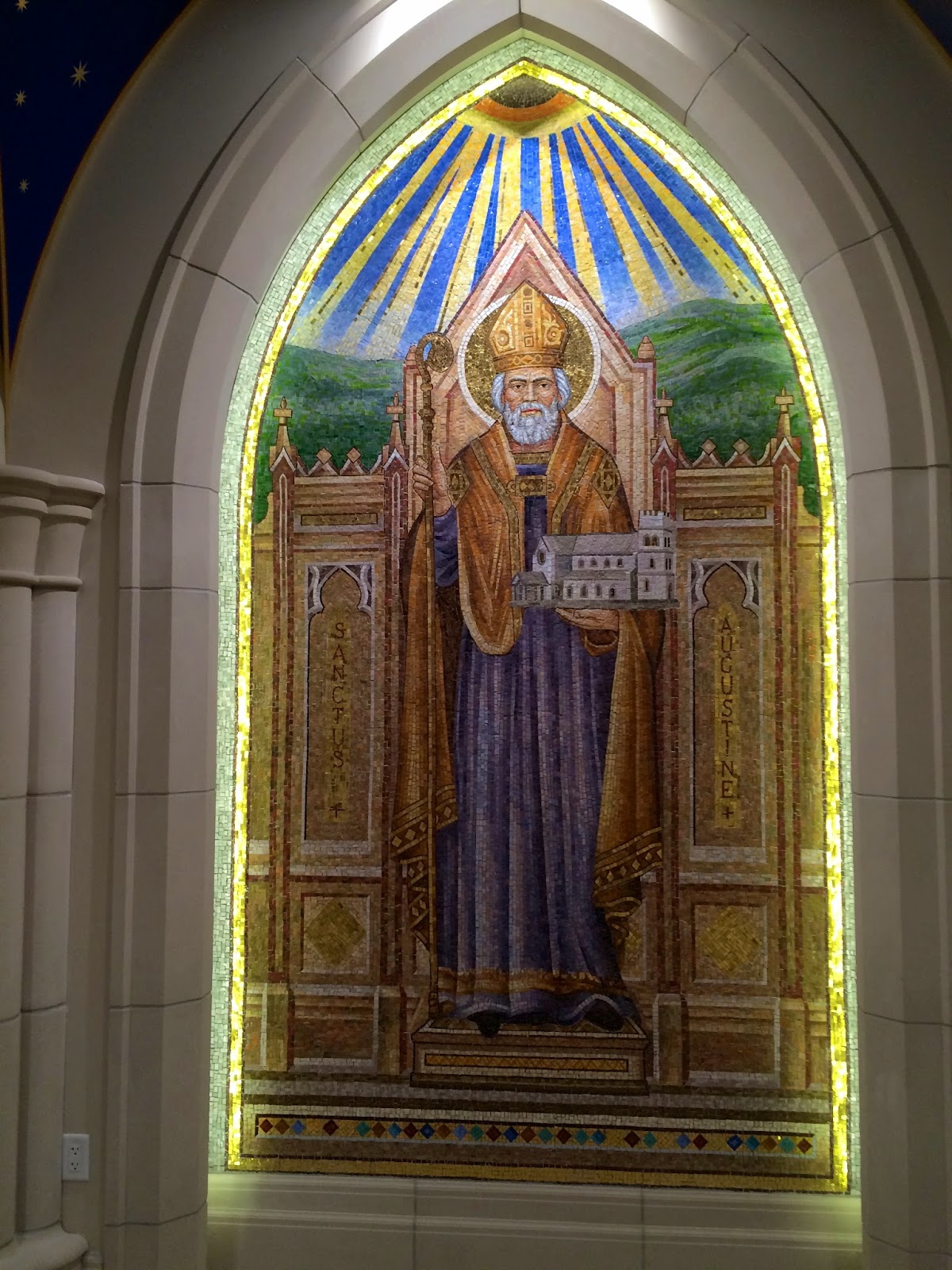 With the opening of the Chancery, the Ordinariate will have a new mailing address.  Mail can be addressed to the Personal Ordinariate of the Chair of St. Peter, P.O. Box 55206, Houston, Texas 77255. 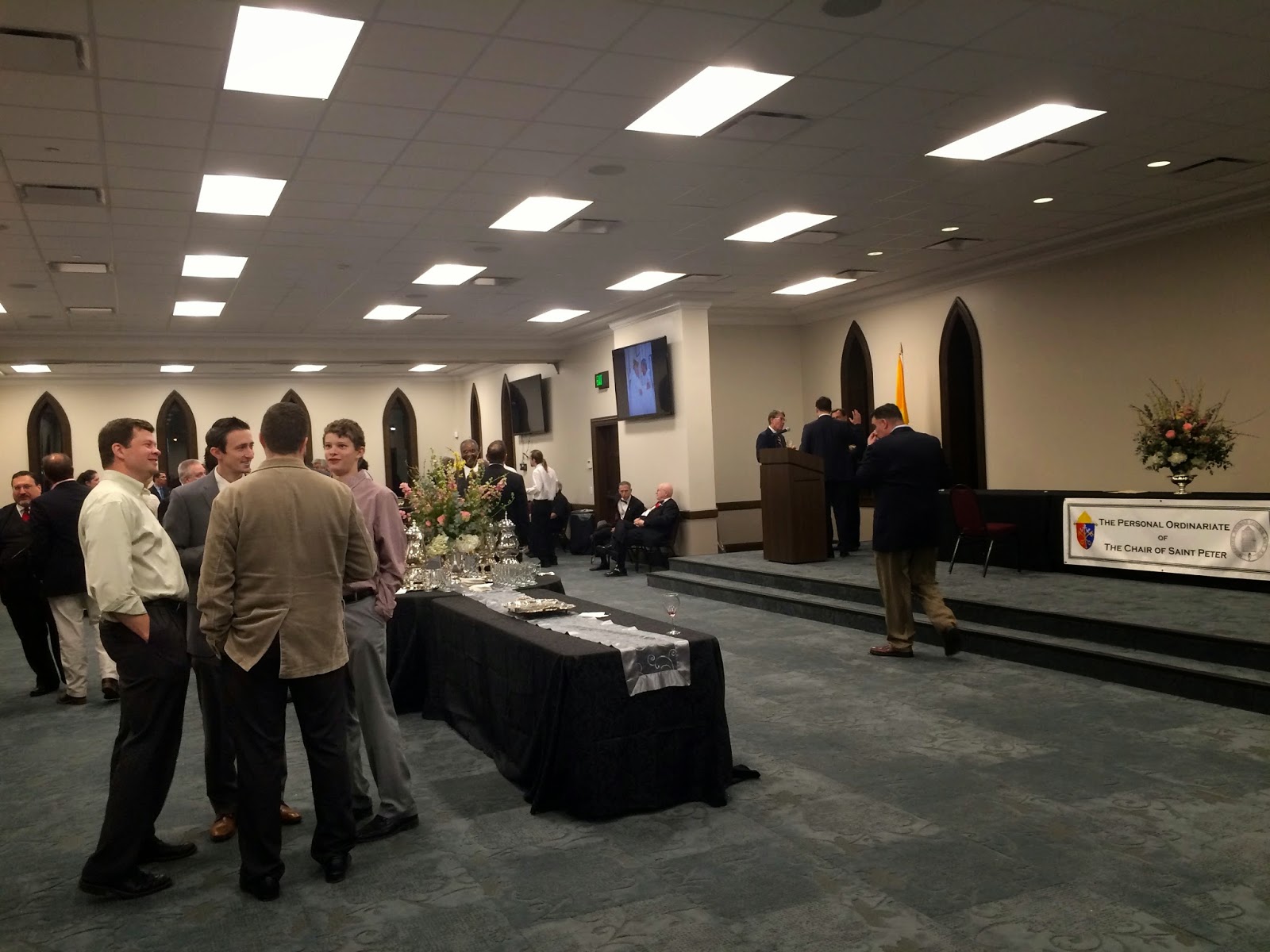 The Ordinariate [for North America] was erected by Pope Benedict XVI on January 1, 2012, in response to repeated requests from Anglicans and Episcopalians desiring full communion with the Catholic Church.  Companion Ordinariates were established by the Holy Father in [the UK and Australia.] 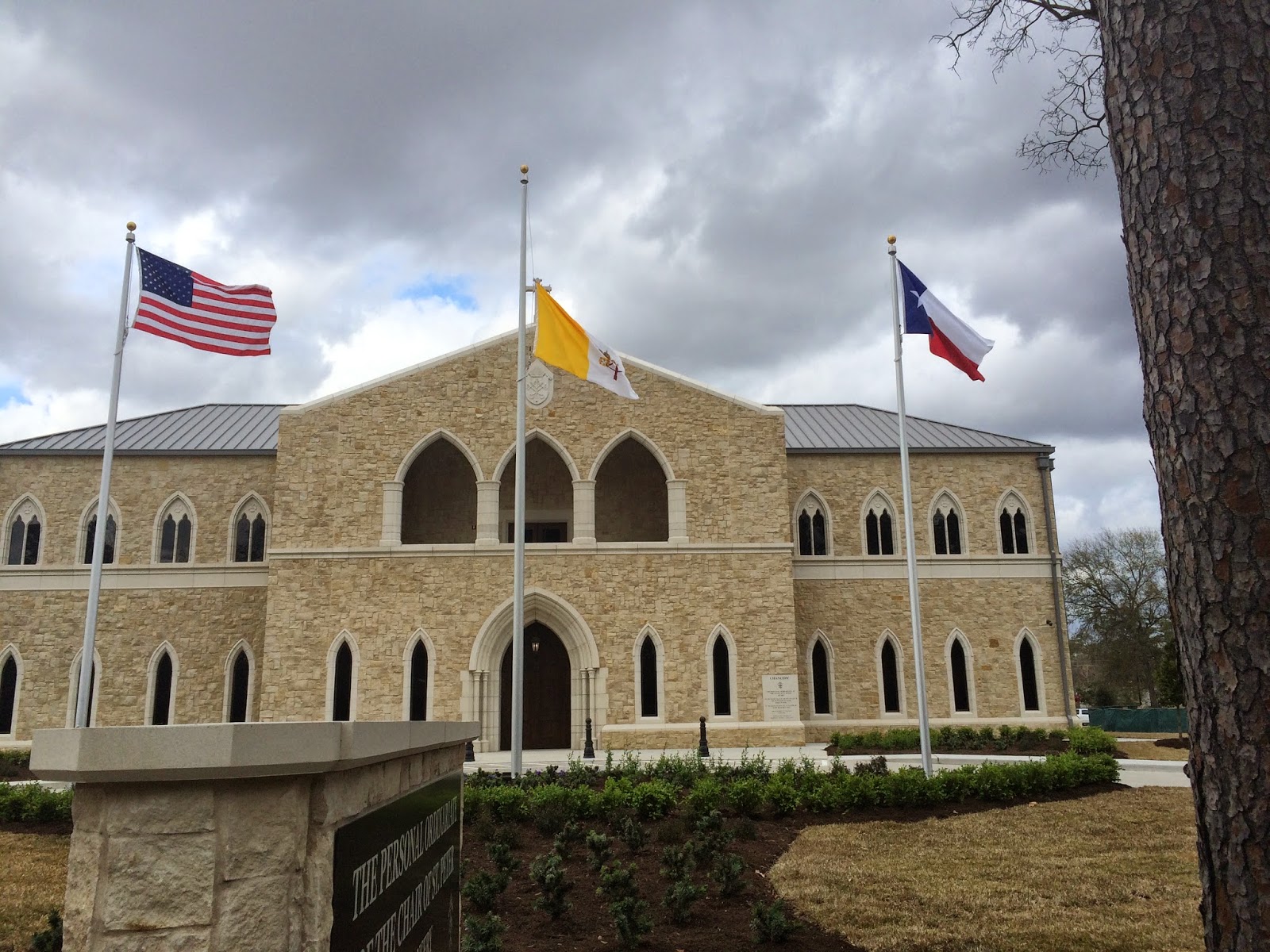 For more information, please contact the Ordinariate Chancery at office@usordinariate.org.

Posted by peregrinusto at Wednesday, February 04, 2015