As we contemplate the hundreds of Christians martyred around the world monthly, who better exemplifies the faithful response to this difficult saying of the Gospel than St. Thomas More, our parish patron saint?  We thank God for him today as we ask his prayers along with those of his great friend and fellow martyr, St. John Fisher. 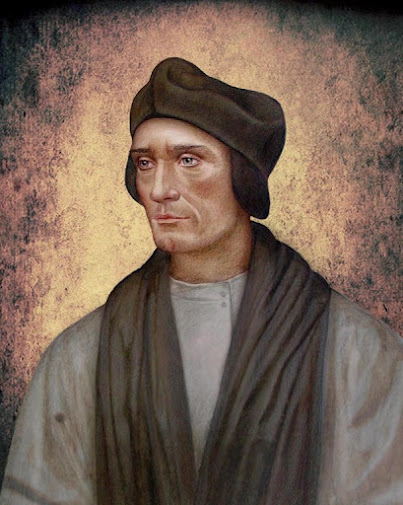 Like them, today we face a direct challenge to living the Christian faith in Canada in the 21st century when churches are vandalized and desecrated and lies are spread about the the Catholic Church. The secular juggernaut: an alliance of atheist, secular and narcissistic social attitudes is challenging the Church and her norms with a creed of relativism, proclaiming the culture of death as they march.

Thomas More made his choice for the culture of life based upon his unshakeable belief that in the Church and her sacraments Jesus Christ truly dwells, calling us to penitence, to conversion and to sanctification. For him it came down to the Sacrament of Holy Matrimony. Did the Sacraments convey what the Church had always said?  Did Holy Matrimony unite one man and one woman for life whether they were king or queen, nobility or commoner?

In conscience, Thomas could not deny Christ and the Sacrament that binds man and woman in an unbreakable bond. He would not swear the oath and so had to give his mortal life in order to retain his soul. What could be simpler? What could be more difficult?

In our day, people insist that truth is relative. You know the language: You have your truth and I have mine. Today we see the “progressive” collusion of governments with legislatures and social engineers forwarding the grab for power by those who serve the dictatorship of relativism. The "Woke" are gradually raising the pressure on and "cancelling" those who hold to the sacramentality of the Church and the sanctity of life as the way in which we are in communion with Christ and his sacrifice for us.

This campaign to change the once universal customs and morality embedded in laws governing marriage between one man and one woman seems relentless. It goes hand in hand with efforts to make the Mass little more than a communal gathering with no sense of the transcendent. These entrapments are all part of a grand design to put an egotistic humanity at the centre while denying the transcendence of God and the moral order that has been at the heart of human flourishing from time immemorial.

St. Thomas More stood, in his day, for the faith once delivered to the saints. We pray for the grace to stand in our day for the same faith. May his prayers along with those of our Lady, St. John Fisher and all the saints guide us in our journey of faith which has been paved for us by the feet of the martyrs.

Posted by peregrinusto at Monday, June 27, 2022 No comments: 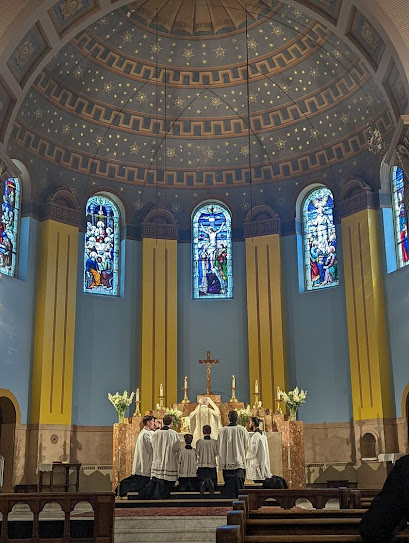 Sacred Music with SATB choir
Refreshments to follow.
Posted by peregrinusto at Monday, June 20, 2022 No comments: