A link to the BBC documentary about the famous sacred play performed in the 1920s and 1930s at the Church of St. Hilary, Cornwall. 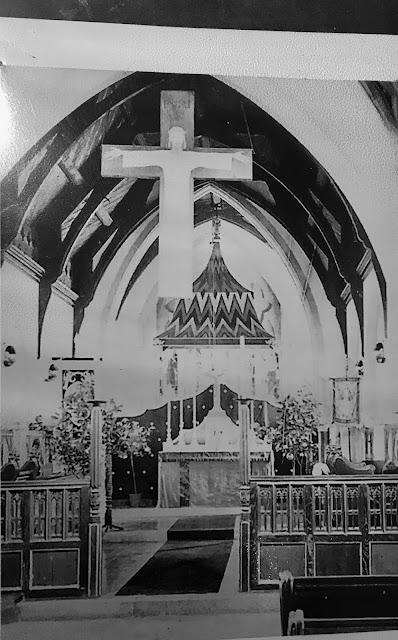 Evangelicals and the Blessed Virgin

First Things recently published thew following reflection by a former Protestant about how he has come to understand and enter into Marian devotion as a new Catholic.  It will ring bells for many Anglicans as well as Evangelicals and mainline Protestants. 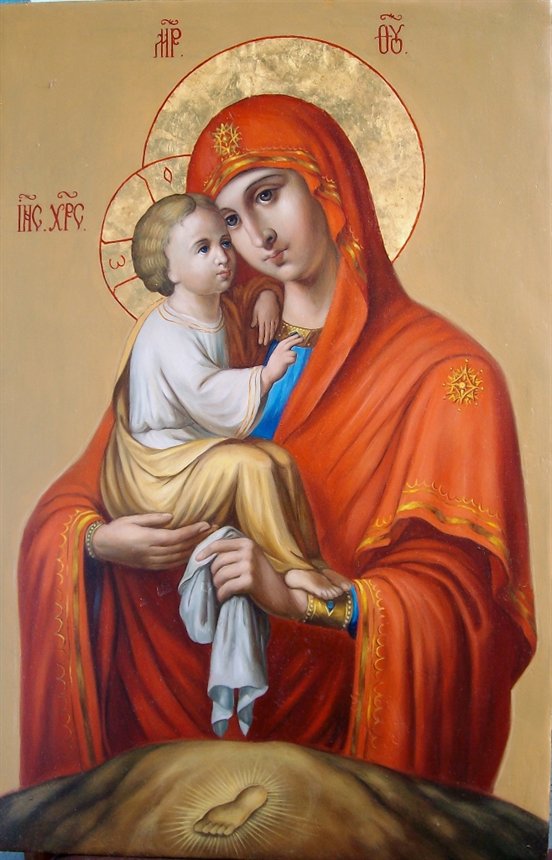 When I was three years old, I asked my pregnant mother whether Jesus could come into me as my baby brother had come into her. It was my inept way of saying that I wanted to accept Jesus into my heart as my personal lord and savior, an idea to which my Evangelical church had already introduced me. But it was also my first moment, however unwitting, of Marian piety. In that moment I took Mary as my model in faith. I asked to become a God-bearer as she was, to be made pregnant with Christ.

Eighteen years later, I was received into the Catholic Church. As I wrestled with Catholic claims, nothing caused me more difficulty than the issue of Mary. Newman confessed that Mary had been his “great crux as regards Catholicism,” and so it was for me.

Growing up as an Evangelical, I was trained to mistrust all Marian devotion. Like Calvin, I declined to call Mary the Mother of God (though I could not really deny her the title). I rejected her Perpetual Virginity, Immaculate Conception, and Assumption. When my Catholic friends asked for Mary’s intercession, I charged them with idolatry. I believed that anyone who showed love for the Mother harbored contempt for the Son.

Yet something in my upbringing gave me an inchoate attraction to Mary. A sympathy of instinct existed, in spite of doctrinal disagreement—a kind of ecumenical affinity. If my own experience is any guide, Evangelicals treat Mary as the model of Christian faith. Though they explicitly deny, they implicitly acknowledge as fitting the titles Catholics ascribe to her.

Asking Jesus into my heart was not a single event, but an oft-repeated prayer, like the aves of the rosary. Over and over, at Wednesday night youth groups, Sunday morning altar calls, and stadium rallies, I rededicated my life to Christ and asked him to come into me. Time and again, I yearned to be like the icons of the Theotokos in which Christ appears inside Mary and seems to fill her altogether. I was desperate to be like these images I had not yet seen.
At youth group meetings, we lined up to recite Bible verses; at church camp, we rattled off whole chapters of the NIV. Our unacknowledged model was always Mary, who “treasured up all these things and pondered them.” Before the Gospels were written, she knew them by heart. All our memorization and meditation was done in imitation of the Mother of God. We wanted to fill our minds with God’s word. We wanted to be filled with the Logos himself. We wanted to be . . . like her.

At many awkward youth group meetings, we were told to guard our virginity because our bodies were temples of the Holy Ghost. This biblical teaching gave me the rudiments of Catholic belief in the perpetual virginity. Mary was not only the temple of the Holy Ghost, but the literal and physical temple of God Incarnate. Her womb was the Holy of Holies, the place where divinity dwelled. It would be odd if the temple veil were torn to ease the traffic of passersby. It would be strange if the place inhabited by God were handed to another tenant. The idea of Mary bearing anyone other than Christ should strike us as incongruous—like the Ark of the Covenant being converted into a bathtub.

For centuries the perpetual virginity was a universal Protestant belief. The slaves who sang “The Virgin Mary had one son, glory hallelujah” were not Roman Catholic. But I knew less about Christ and his Mother than they did.

Nearly every sermon I heard in my youth urged me to rely wholly on God’s grace. Time and again I was reminded that human works are no substitute for Christ’s sacrifice.

Many years later, I came to see how the doctrine of the Immaculate Conception resonated with my Evangelical training. From the first moment of her existence, Mary was elevated to a state of grace. In the most vivid and wonderful way, Mary was redeemed by Christ’s merits.

Pope Pius IX recognized this when he solemnly defined the doctrine in 1854: “The most Blessed Virgin Mary, in the first instance of her conception, by a singular grace and privilege granted by Almighty God, in view of the merits of Jesus Christ, the Savior of the human race, was preserved free from all stain of original sin.” Only when I accepted this doctrine did I cease to feel a slight discomfort with those angelic and scriptural words, “Hail, full of grace.”

The idea of the rapture thrilled and frightened me. I saw myself being borne up to heaven, leaving my clothes in a heap, pockets full of rocks and toy cars. What could be more magnificent? But then I wondered what would happen if my mother and father were taken and I was left behind. Would I go live on the farm with my Catholic grandparents?

From my earliest years, I was taught to regard it as perfectly natural that a saint would be borne body and soul into heaven. Judging by the sales enjoyed by the Left Behind series, this idea seemed natural to millions of others as well. Though I never expected chariots of fire, I hoped I would one day be carried into the skies. I hoped my mother would be, too. And why would God deny to his own mother what I desired for my own?
Intercession

My Evangelical congregation shared prayer requests on Sunday mornings. We asked friends, parents, elders, and pastors to pray for us. But we thought a prayer request sent to Mary would be an act of impiety.

We even understood that one could communicate with other Christians through the union we shared in Christ. Once, a woman from church knocked on my family’s door, saying that she had felt called to comfort my mother. Because of her closeness to Christ, she had felt a fellow Christian’s distress. Surely Mary, who is much closer to Christ, is all the more able to hear and to comfort her children.

Because I was taught to revere prayer warriors, it was no great change to venerate Mary and ask for her aid. When I approach an icon, I sometimes recall the Evangelical pastor who scolded my sister for placing her Bible on the floor beneath her chair. He knew what all Catholics know—that reverence for sacred objects, like respect for persons, can express and deepen our love of Christ.

Even the merest Christianity must honor the Mother of God. By baptism my Evangelical teachers were incorporated into the Catholic faith. They enjoyed a real, if imperfect, communion with the pope and all the saints. Because of this, their faith—less a matter of the head than of the heart—could not help but take on Catholic forms.

Newman recognized the paradox that ecumenical affinities could be greatest where theological difference is most extreme. After his conversion to Catholicism, he observed that “there were higher and nobler vestiges or semblances of grace and truth” among Evangelicals than among Anglicans whose views more closely approximated Catholic dogma. Despite their manifold errors, Evangelicals lived in a way that suggested a Catholic ideal.

In a similar manner, my Evangelical teachers warned me against Mary—and somehow trained me to love her. It was a matter of stray intimations rather than logical demonstration, and it took me years to understand.

One Sunday morning when I was eighteen, the pastor asked each of us to write down the name of the person who had done the most to shape our Christian faith. I had lived in Washington, D.C., the year before and attended Capitol Hill Baptist. Under the influence of its brilliant pastor, I had accepted the five points of Calvinism. He had given me a copy of Evangelism and the Sovereignty of God. He had explained to me Jonathan Edwards’s philosophy. What more could I want? Without any hesitation, I wrote down the name of Mark Dever.

A moment later I noticed my mother’s sadness. She had kneeled with me when I made the act of faith. She had comforted me when I cried. Along with my father, she had guided me toward baptism and urged me to read the Scriptures. Above all, she had unceasingly prayed for me. Whatever I needed, she had been ready to give. Despite all this, I credited my faith to a bookish preacher a thousand miles away. Seeing me do this had pierced her to the heart. I apologized, but the damage was done.

In that moment, I received a clear view of how foolish it is for a Christian to forget his mother. Impressed by the words of learned men, I had insulted the woman who had humbly led me to Christ. In seeking her help, heeding her commands, and resting in her embrace, I had always pleased my father. By insulting her, I also grieved him. 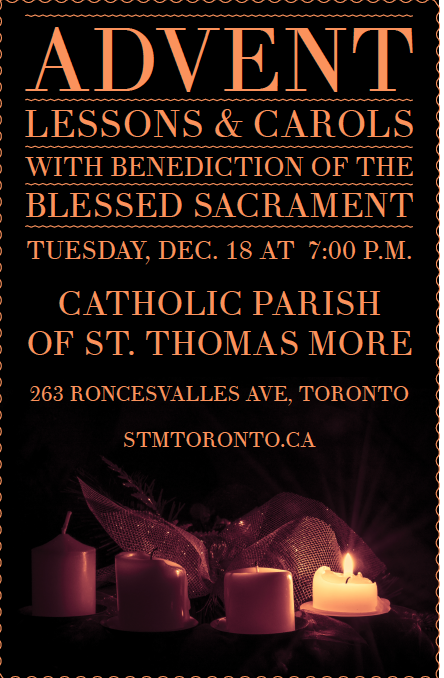 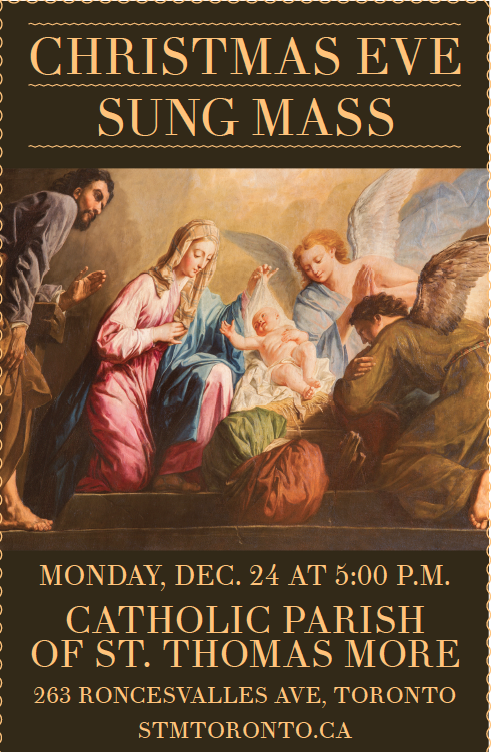