In 2015, our offerings came to almost $59 thousand, compared to $53 thousand in 2014 and $28 thousand in 2013. St. Thomas More had 45 attributed donors in 2015, compared to 37 attributed donors the prior year in addition to numerous others giving anonymously.  If you are interested in supporting St. Thomas More on a regular basis, consider pre-authorized giving (PAG) by monthly bank debit.  Contact us at office@stmtoronto.ca if you are interested in donating by way of PAG.
PROJECT HOPE
STM parishioners have given a total of $1400 to the Archdiocese of Toronto to assist with the settlement of Syrian refugees – the first of whom were, we understand, Armenian Christians welcomed at the Airport by the PM and Premier. This is a remarkable contribution from our very small parish, batting well above our weight.
AID TO THE CHURCH IN NEED
As we begin our Jubilee of Mercy outreach focus, STM parishioners have already contributed $150 to this charity endorsed by the Holy See.

Worldwide, over $3 billion (Canadian) has been raised to help those caught in war or civil unrest in Syria, Iraq and many other countries. Donations may be designated by making cheques to St. Thomas More with a note. You may see some of the work being done by this papal charity. Check out the work of ACN at: www.acn-aed-ca.org

Posted by peregrinusto at Wednesday, January 27, 2016 No comments: 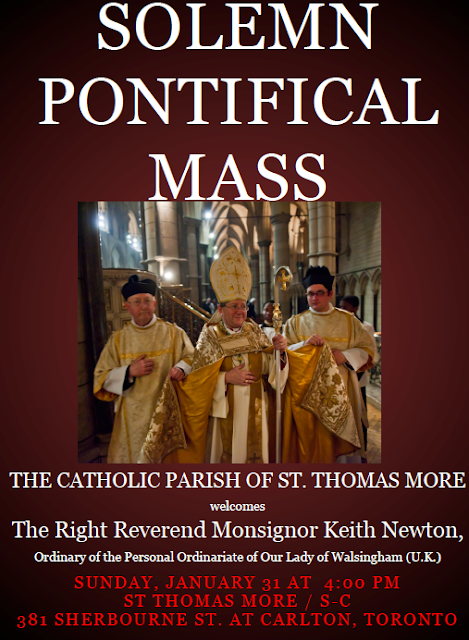 Posted by peregrinusto at Monday, January 25, 2016 No comments:

The Anglican Tradition in Full Communion with Rome

What is the fundamental problem with decision making in Anglicanism separated from full communion with Rome?  Fr. Dwight Longenecker and others have been writing about this since the recent fractures in the Anglican "Communion." 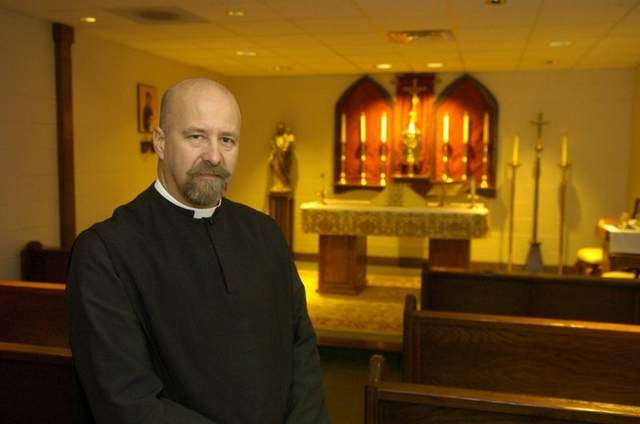 Anglicans must determine what they want to be part of.  As Fr. Longenecker puts it:
" If the Church is Catholic, then it is founded not by a lusty and avaricious king, but by Christ himself. If a church is Catholic, then Mary is the Mother of the Church and the apostles are the pillars with Peter as the rock on which the church is founded. If the church is Catholic, then it is a divine institution not a human one. If a Church is Catholic, then it adapts where it needs to, but it does not change with every wind of doctrine and every fashion of contemporary culture.
If a Church is Protestant, however, it is founded a some point in history by a human being for what they perceive to be good reasons. If a Church is Protestant there is no idea that Mary is the Mother of the Church, and the apostolic foundation is simply one of adherence to apostolic teaching (to be found in the Bible) and perhaps a paper pedigree that claims some sort of apostolic succession. If a Church is Protestant it is founded out of the turmoil and troubles of a particular time in history and it therefore adapts and changes according to the particular turmoil and troubles of whatever culture and circumstances in which it finds itself. To be brief, a Protestant church is a man made institution and does not apologize for the fact."
The question of revelation is profoundly part of our understanding of the nature of Christian faith and of the Church itself.
Fr. Longenecker continues:
"Beneath these realities is therefore a very fundamental difference in one’s understanding of not only the church but the Christian faith itself. The Catholic Church regards the Christian religion as revealed by God through the ultimate revelation of himself through the incarnation of his Son Jesus Christ, who took flesh of the Blessed Virgin for the salvation of the world. The Sacred Scriptures are the witness to that revelation of God in Christ and the Church is the divinely founded and inspired Body of Christ alive and active in the world–revealed and established by God to administer the sacraments of salvation to mankind.
The liberal Protestant understanding is that the Christian faith is a construct that took place at a particular point in time due to the circumstances and culture of the day. The life, ministry and teaching of Christ are the important things. The Bible is the revealed truth from God and the Church is the group of believers who follow Christ’s teaching and help to spread that good news in the place and time in which they live. Conservative Protestants would have a higher view of the Christian faith being revealed, but their primary revelation is the Bible, and that revelation is what cannot change.
. . .  Catholic minded Christians who believe their faith is revealed by God and cannot be changed, and Protestant minded Christians who believe their religion is a man made construct which must be changed according to various circumstances and cultures. If Conservative Protestants dislike being grouped with those who think their religion must change they should examine how much Evangelical positions on important moral questions have changed over the last sixty years.
This divide in Anglicanism has actually been at the foundation of their church from the beginning and throughout her history. It is a division that cannot be resolved except by continued latitudinarianism.
Two objections will be made. One might say, “But it is the most Protestant Evangelical bishops of Africa who are holding the line against the progressive changes of the Episcopal Church.” That is true, but at the foundation of it all their position is shaky. When the progressives say, “But that is only your interpretation of Scripture. We are good Christians too, but we have a different interpretation of Scripture” what will the conservative Evangelical Protestant Anglicans respond? There is no response because that is the dilemma at the heart of Protestantism. It is ultimately a system of private interpretation."

In conclusion, despite the fact that many liberal Catholics hold to a Protestant understanding of the church i.e. that it is a man made institution founded in a particular time period and that it should change according to the times, that is not the teaching of the Catholic Church which has the Magisterium (official teaching authority structure).  Only the Magisterium can correct error and call all of us to Catholic unity which is the true home of Anglicanism and its patrimony.
Posted by peregrinusto at Saturday, January 23, 2016 No comments: 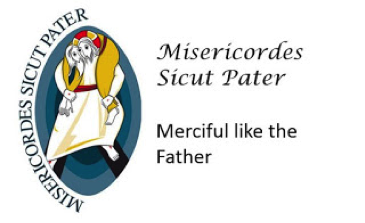 1.  "Works of Mercy" – Jubilee Art Show and Lectures
A juried art competition for a commissioned work of art along with the display of other works of art reflecting the theme of God's mercy.
Fall 2016 – Date/Locations/Times TBA
For further information contact:  pastor@stmtoronto.ca

2.  Various activities at Newman Centre
These and other initiatives to be publicized jointly by participating parishes, chaplaincies & groups. See http://www.newmantoronto.com

6. Parish Pilgrimage to Our Lady of Sorrows for a Plenary Indulgence
This Fall - Date/Time TBA

7.  Blessed Calligraphy –
Works of calligraphy focused on the theme of “Mercy” in the various languages used in the
archdiocese to be taken to Poland for   World
Youth Day, blessed and returned for distribution in hospitals, parishes, etc.

Events under consideration as shared projects in Downtown Catholic Parishes and Chaplaincies:

Housing for Refugees and Immigrants - An evening forum hosted with CERA  (The Centre for Equality Rights in Accommodation) to assist newcomers and  others with rental and housing issues. Possibly at Our Lady of  Lourdes Parish – Date TBA


NOTE: We are attempting to establish a network of Catholic parishes, chaplaincies, agencies and groups to co-ordinate Jubilee Year of Mercy activities in the downtown area.

Contact: pastor@stmtoronto.ca
Posted by peregrinusto at Thursday, January 21, 2016 No comments:

January 21: To Shelter the Homeless
Out of the Cold’s Hospitality Program 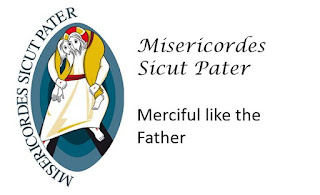 Starting at 3 pm. Visit with the homeless, serve them warm food, play board games with them and learn - Details at Newman Centre, Toronto


Learn from Fr. Cris Graas about the Spiritual works of mercy through discussion. 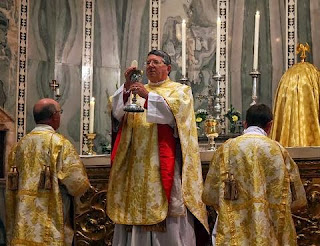 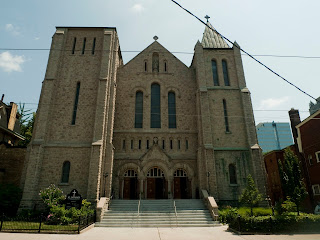 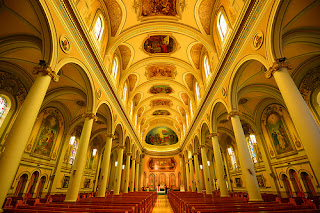 March 5th - To Bury the Dead
Precious Angel Gowns
Starting at 1 pm disassemble wedding gowns. The material from these gowns will be used to sew burial gowns so parents who have suffered the loss of a baby ensuring their precious child can be clothed in something beautiful during a family’s final moments together. Details at  Newman Centre, Toronto 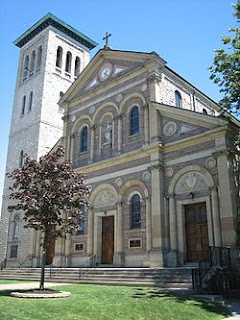 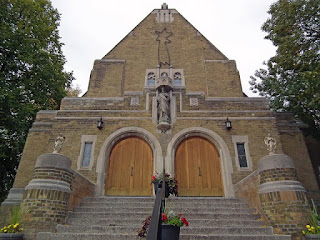 
Other events and speakers will be added as available. Check our website:  stmtoronto.ca

+  Housing for Refugees and Immigrants - An evening forum hosted with CERA to assist newcomers and others with rental and housing issues. Date/Time TBA 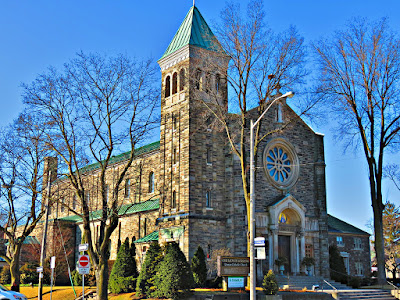 
Have a look at this beautiful church here:
Our Lady of Sorrows - Holy Door
Posted by peregrinusto at Monday, January 11, 2016 No comments: