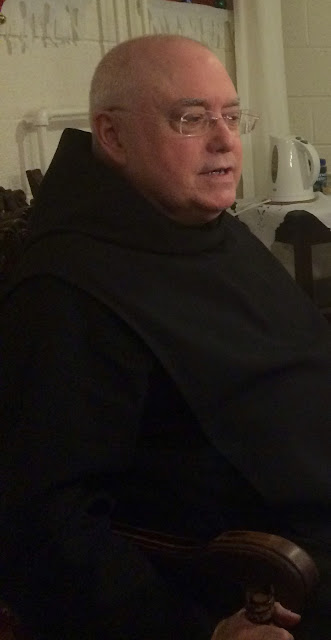 A former Episcopalian, Dom Charles and his Benedictine community have been faithfully praying for the ecumenical witness of the Ordinariates around the world and particularly for our Canadian communities.

Sometime ago Msgr. Steenson acknowledged his role as an advisor to the Parish of St. Thomas More, Toronto.

Amongst his other duties, Dom Charles has been serving as chaplain to the Benedictine Sisters at L'Abbaye Sainte-Marie des Deux Montagnes near the city of Montreal.

Those in the Montreal area interested in Mass according to Divine Worship: The Missal and the formation of an Ordinariate  sodality in that great city are encouraged to contact Dom Charles at chipgilman@me.com

Posted by peregrinusto at Saturday, January 02, 2016