On this 50th anniversary of the publication of Humanae Vitae it is important that we look at the predictive results of this official teaching of the Catholic Church.  A good way to begin is with an article by Mary Eberstadt published in FIRST THINGS ten years ago.

Here is an excerpted version of the article with telling references to when and where the Anglican Communion turned away from traditional teaching on human sexuality and concomitantly began its now precipitous decline:

"That  Humanae Vitae and related Catholic teachings about sexual morality are laughingstocks in all the best places is not exactly news. Even in the benighted precincts of believers, where information from the outside world is known to travel exceedingly slowly, everybody grasps that this is one doctrine the world loves to hate. . .

To many people, both today and when the encyclical was promulgated on July 25, 1968, the notion simply defies understanding. Consenting adults, told not to use birth control? Preposterous. Third World parents deprived access to contraception and abortion? Positively criminal. . .
And in just that apparent consensus about the ridiculousness of it all, amid all those ashes scattered over a Christian teaching stretching back two millennia, arises a fascinating and in fact exceedingly amusing modern morality tale—amusing, at least, to those who take their humor dark.
“He that sitteth in the heavens shall laugh,” the Psalmist promises, specifically in a passage about enjoying vindication over one’s adversaries. If that is so, then the racket on this fortieth anniversary must be prodigious. Four [now five] decades later, not only have the document’s signature predictions been ratified in empirical force, but they have been ratified as few predictions ever are: in ways its authors could not possibly have foreseen, including by information that did not exist when the document was written, by scholars and others with no interest whatever in its teaching, and indeed even inadvertently, and in more ways than one, by many proud public adversaries of the Church.
[Now], there are more than enough ironies, both secular and religious, to make one swear there’s a humorist in heaven.
Let’s begin by meditating upon what might be called the first of the secular ironies now evident:  Humanae Vitae’s specific predictions about what the world would look like if artificial contraception became widespread. The encyclical warned of four resulting trends: a general lowering of moral standards throughout society; a rise in infidelity; a lessening of respect for women by men; and the coercive use of reproductive technologies by governments.

Just as empirical evidence has proved that the sexual revolution has had disastrous effects on children and families, so the past forty years have destroyed the mantle called “science” that  Humanae Vitae’s detractors once wrapped round themselves. In particular, the doomsday population science so popular and influential during the era in which  Humanae Vitae appeared has been repeatedly demolished.
Born from Thomas Robert Malthus’ famous late-eighteenth-century Essay on Population, this was the novel view that humanity itself amounted to a kind of scourge or pollution whose pressure on fellow members would lead to catastrophe. Though rooted in other times and places, Malthusianism of one particular variety was fully in bloom in America by the early 1960s. In fact,  Humanae Vitae  appeared two months before the most successful popularization of Malthusian thinking yet, Paul R. Ehrlich’s  The Population Bomb—which opened with the words: “The battle to feed all of humanity is over. In the 1970s and 1980s hundreds of millions of people will starve to death in spite of any crash programs embarked upon now.”
If, as George Weigel has suggested, 1968 was absolutely the worst moment for  Humanae Vitae to appear, it could not have been a better one for Ehrlich to advance his apocalyptic thesis. An entomologist who specialized in butterflies, Ehrlich found an American public, including a generation of Catholics, extraordinarily receptive to his direst thoughts about humanity.
This was the wave that  The Population Bomb  caught on its way to becoming one of the bestsellers of recent times. Of course, many people with no metaphysics whatsoever were drawn to Ehrlich’s doom-mongering. But for restless Catholics, in particular, the overpopulation scare was attractive—for if overpopulation were the problem, the solution was obvious:  Tell the Church to lift the ban on birth control.
It is less than coincidental that the high-mindedness of saving the planet dovetailed perfectly with a more self-interested outcome, the freer pursuit of sexuality via the Pill. Dissenting Catholics had special reasons to stress the “science of overpopulation,” and so they did. In the name of a higher morality, their argument went, birth control could be defended as the lesser of two evils (a position argued by the dissenter Charles Curran, among others).
Less than half a century later, these preoccupations with overwhelming birth rates appear as pseudo-scientific as phrenology. Actually, that may be unfair to phrenology. For the overpopulation literature has not only been abandoned by thinkers for more improved science; it has actually been so thoroughly proved false that today’s cutting-edge theory worries about precisely the  opposite: a “dearth birth” that is “graying” the advanced world.
In fact, so discredited has the overpopulation science become that this year Columbia University historian Matthew Connelly could publish Fatal Misconception:  The Struggle to Control World Population and garner a starred review in  Publishers Weekly—all in service of what is probably the single best demolition of the population arguments that some hoped would undermine church teaching. This is all the more satisfying a ratification because Connelly is so conscientious in establishing his own personal antagonism toward the Catholic Church (at one point asserting without even a footnote that natural family planning “still fails most couples who try it”).
Fatal Misconception is decisive proof that the spectacle of overpopulation, which was used to browbeat the Vatican in the name of science, was a grotesque error all along. First, Connelly argues, the population-control movement was wrong as a matter of fact: “The two strongest claims population controllers make for their long-term historical contribution” are “that they raised Asia out of poverty and helped keep our planet habitable.” Both of these, he demonstrates, are false.
Even more devastating is Connelly’s demolition of the claim to moral high ground that the overpopulation alarmists made. For population science was not only failing to help people, Connelly argues, but also actively  harming  some of them—and in a way that summoned some of the baser episodes of recent historical memory:

The great tragedy of population control, the fatal misconception, was to think that one could know other people’s interests better than they knew it themselves. . . . The essence of population control, whether it targeted migrants, the “unfit,” or families that seemed either too big or too small, was to make rules for other people without having to answer to them. It appealed to people with power because, with the spread of emancipatory movements, it began to appear easier and more profitable to control populations than to control territory. That is why opponents were essentially correct in viewing it as another chapter in the unfinished business of imperialism.


It makes perfect if unfortunate sense, then, that the Anglicans are today imploding over the issue of homosexuality. To quote Anscombe again:

If contraceptive intercourse is permissible, then what objection could there be after all to mutual masturbation, or copulation  in vase indebito, sodomy, buggery (I should perhaps remark that I am using a  legal term here—not indulging in bad language), when normal copulation is impossible or inadvisable (or in any case, according to taste)? It can’t be the mere pattern of bodily behavior in which the stimulation is procured that makes all the difference! But if such things are all right, it becomes perfectly impossible to see anything wrong with homosexual intercourse, for example. I am not saying: if you think contraception all right you will do these other things; not at all. The habit of respectability persists and old prejudices die hard. But I am saying: you will have no solid reason against these things. You will have no answer to someone who proclaims as many do that they are good too. You cannot point to the known fact that Christianity drew people out of the pagan world, always saying no to these things. Because, if you are defending contraception, you will have rejected Christian tradition.


This Holy Faith -- An iterview with Fr. John Hodgins 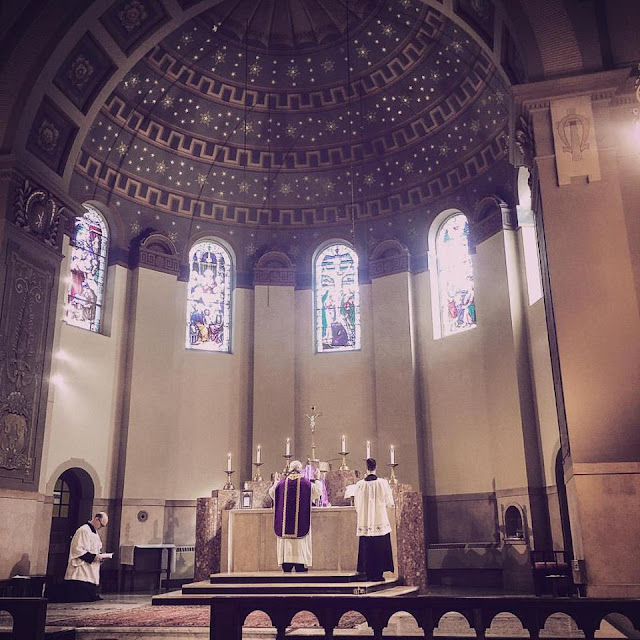 Posted by peregrinusto at Saturday, January 27, 2018 No comments:

Organ and Choral Concert for the Feast of the Presentation 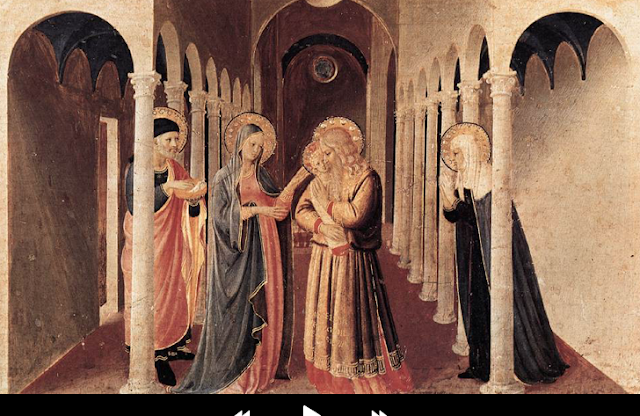