During the final days of Advent, we focus on the glorious nature of the coming Messiah. This anticipation is marked by something special in the prayers in the Breviary.

Antiphons are short sentences sung or chanted before the recitation of a psalm or canticle.

The antiphons of Evening Prayer which we see in the week before Christmas welcome the birth of the Saviour by heralding one of His resplendent Biblical titles along with a special petition related to that title.

It is a liturgical tradition that was started in the earliest centuries of the Church—one that has continued to the present day in monasteries and convents, and even in the homes of the Catholic faithful who make portions of the Divine Office part of their daily prayers.

You might recognize these antiphons from the beautiful Advent hymn "O Come O Come Emmanuel." 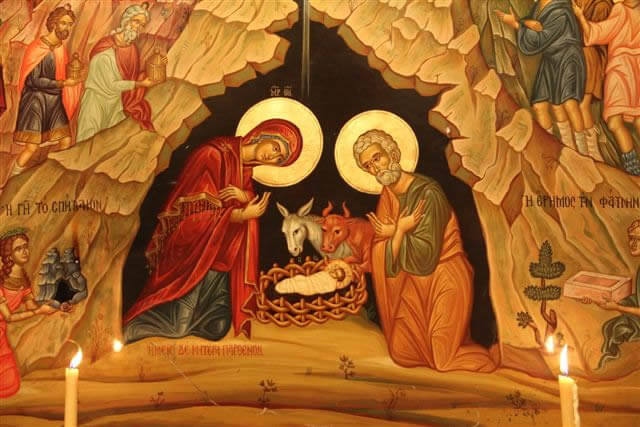 The O Antiphons are particularly special. These seven antiphons are prayed immediately before the Magnificat during Evening Prayer in the week before Christmas.

Each antiphon begins with the exclamation "O", which is why they are popularly called the "O Antiphons."

THE PROPHETIC TITLES OF JESUS

Each O Antiphon emphasizes a unique prophetic title of the soon-to-be-born King of Kings, as foreshadowed in the Old Testament by the prophet Isaiah:

Wisdom, Lord of Israel, Root of Jesse, Key of David, Radiant Dawn, King of All Nations, and Emmanuel.

DIVINE WORSHIP: DAILY OFFICE (DW:DO) -- The official Prayer Book of the Ordinariates -- has the full English texts of the O Antiphons to be said or sung at Evensong before the Magnificat (beginning on p.294 of DW:DO, North American edition).

These antiphons cover the special period of Advent preparation known as the "Octave before Christmas," from December 17th to the 23rd. (December 24 is Evensong of the Christmas Vigil, and does not have an O Antiphon.)

The ancient monks who first assembled the O Antiphons were very creative with the order in which they were prayed. If you take the first letter of each antiphon (in the Latin) and read them from last to first, the word ERO CRAS is spelled, which translates: "Tomorrow I will come."

Posted by peregrinusto at Friday, December 10, 2021