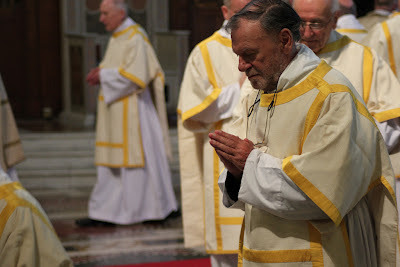 Greek key: *share fellowship with; *birthday; *act of witness=martyrdom; *monument; *previously competed as athletes [a regular term for martyrdom]; *training. [I cannot restrain myself from two catty comments: that the current post-conciliar Roman regulations do not permit the use within altars of such relics as the tiny fragments gathered up by those who loved S Polycarp; and that, for sola Scriptura people, Acts 19:12 appears to encourage the use of Secondary Relics; and II Kings 13:21 the use of Primary Relics.]
Posted by peregrinusto at Saturday, November 05, 2016