Following the momentous election in Québec this week I had an interesting exchange with a relative who drew my attention to the following article about a fanatically anti-Catholic 19th century Anglican bishop, Maurice Baldwin, a family relation on my wife's side. He once served a church in Montreal.

My relative pointed me to the Dictionary of Canadian Biography article with the following note and link:

Do you know this Baldwin?

The article gave me a chance to explain to family and friends something about Canadian history as it connects with our decision to enter the Ordinariate and to open a wider discussion as Jane and I prepare for a pilgrimage this July to Québec City, D.V.

As previously noted on this blog, we hope to visit the Holy Door of the Cathedral Notre-Dame de Québec for the 350th Jubilee of the Church in Quebec. Québec has been honoured with the first and only Holy Door outside of Europe.

I also want to encourage all our Canadian friends as well as Americans, Brits and others to make the pilgrimage to the Holy Door.

Show your support for our Québecois brothers and sisters who have clearly voted that they want to maintain the Canadian federation.

Show your support for the Catholic witness which is renewing the culture and life of  La Belle Province and give their economy a boost. 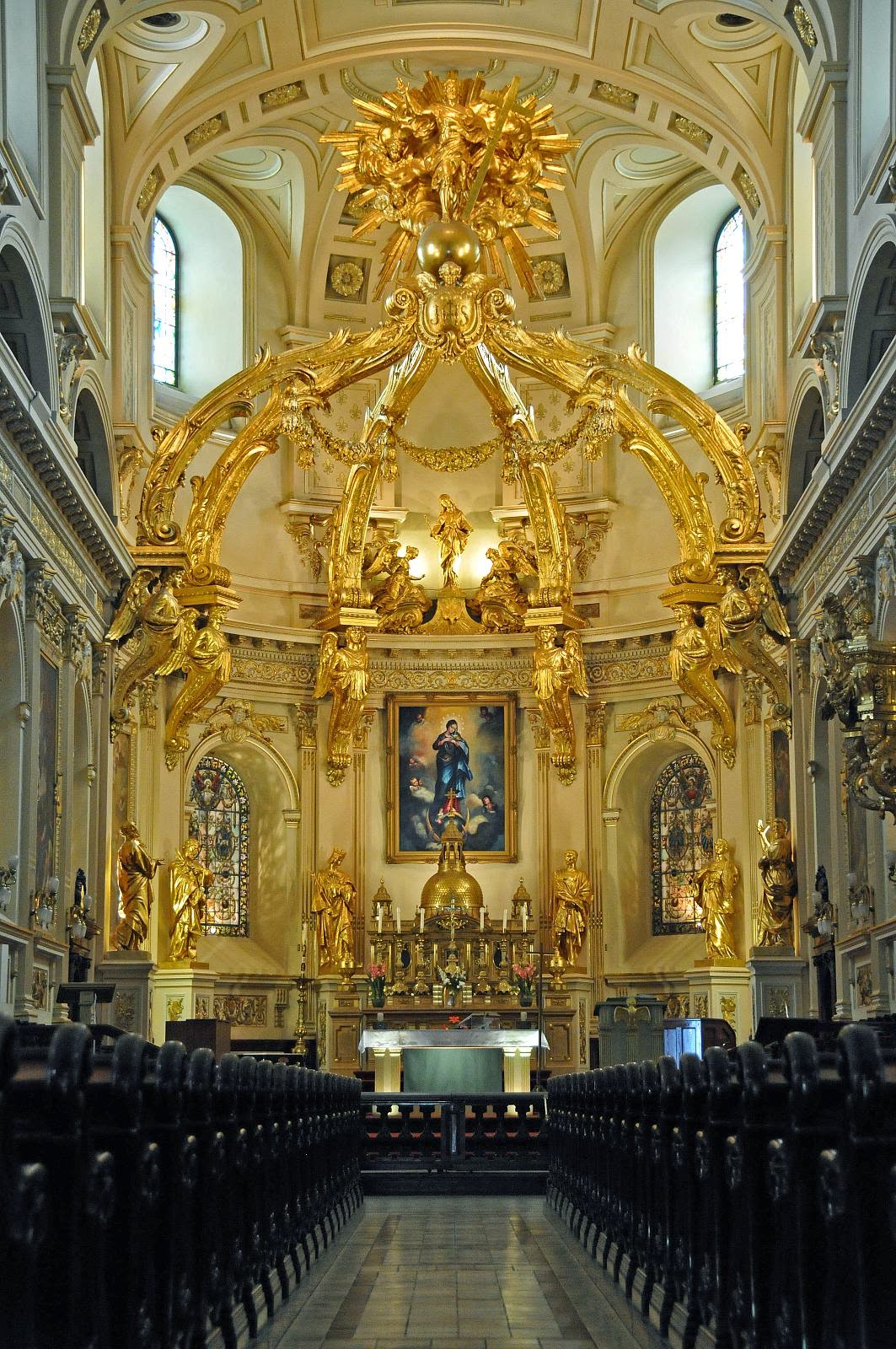 This is a great opportunity to re-connect bringing Canada together in the spirit of faith.

With the kind permission of Cardinal Lacroix, I am hoping to celebrate the Ordinariate Use Mass on Saturday, July 5 in the cathedral - details later.


Finally . . . here is my response to the article sent by M., my relative.

Thanks for your note which gives me an opportunity to "sound off".
I didn't know Maurice Baldwin personally, and though I am a great deal older than you, I was a little young in the 19th century. However, I certainly knew of him and his notorious anti-Oxford Movement sentiments. I think if we'd met he might have challenged me to a duel.
On this one, I would have to side with Bishop John Strachan (who refused to ordain him) and your ancestor, the Hon. Robert Baldwin, both of whom would have known Maurice B. well.

Both Strachan and Robert Baldwin were sympathetic to the leaders of the Anglo-Catholic Oxford Movement, Maurice Baldwin's opponents. These leaders included: Blessed John Henry Newman (later received into the full communion of the Catholic Church), Edward Pusey (Oxford scholar, founder and supporter of Anglican religious communities for monks and nuns) and John Keble, the great Anglo-Catholic poet, famous for his "Assize Sermon" excoriating British parliamentarians for "national apostasy". In the words of John Lennon to a police officer in the movie "HELP":  "Great train robbery, eh . . . how's that 'goin then?"
These were the "good guys" of the Oxford Movement. Newman and others were seeking to bring Anglicans into full communion with the Catholic Church . . . which has now finally been achieved with the Ordinariate over 100 years later, pace Maurice Baldwin and company.
You likely know that Robert Baldwin's daughter, Maria, entered into full communion with the Catholic Church in Québec City where she was educated by the Ursuline Sisters (their foundress St. Marie de L'Incarnation was just canonized by Pope Francis this past month).

We plan to visit her Ursuline convent in Québec in July when we make the 350th Jubilee Pilgrimage to the Holy Door of Notre-Dame-de-Quebéc, D.V..
Robert, of course, was the great friend and co-premier with Louis Hippolyte LaFontaine, a trusted friend of the Québecois and very  sympathetic to Catholicism.

In fact, the Orange Order (boo, hiss) managed to defeat him once because of his Catholic sympathies in an election in which he was running in a York riding. Robert Baldwin promptly stood in a Québec riding and won handily with the support of French and Irish Catholic voters.
You probably know that there is a Robert-Baldwin Riding in Montreal, where he is still held in great regard. The riding, like so many, went to the federalists on Monday. Robert would have been smiling at the election result while chatting warmly with Blessed John Henry Newman et. al. in Jerusalem the Golden, with milk and honey blest!
Maurice B. may be somewhere a bit cooler . . . according to Dante anyway.
Thanks for the chance to share my moderate opinions. I shall pass this along to some interested parties and American friends whom I am 'tutoring' in Canadian history . . . "round up the usual suspects."
JH
Posted by peregrinusto at Saturday, April 12, 2014