Why are some Anglicans reluctant about the Ordinariates?

This begins a series of posts which will seek to address questions that people have about the process of entering into full communion with the Catholic Church through the Personal Ordinariates being erected to receive Anglicans. 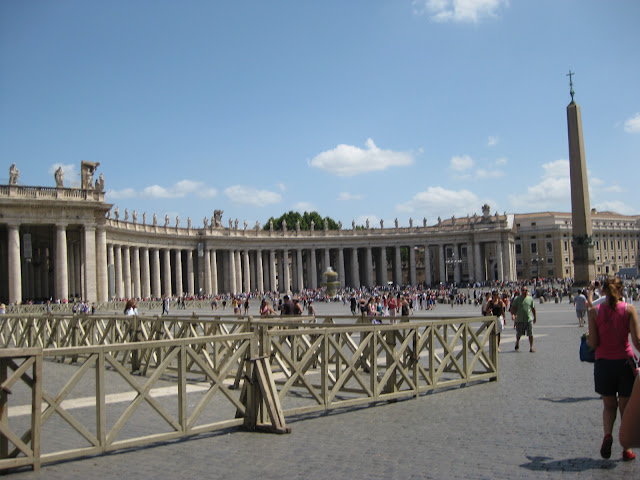 There are, of course, many reasons for the reluctance of many Anglicans and others to enter a process for reception through the ordinariates.

Anglicanorum Coetibus (AC) is the Apostolic Constitution crafted by Pope Benedict XVI to allow Anglicans, the Anglican patrimony and those drawn to the Church through the Anglican ethos to share full communion in response to our Lord's prayer that we all may be one, ut unum sint.

AC is a thoughtful, realistic and generous ecumenical response to requests made over the past thirty years by Anglican bishops and faithful to enter into full unity with the Catholic Church while retaining those elements of Anglican culture and tradition which conform to the Catholic faith.

This post will list some of these concerns and future posts will seek to address these from a Canadian perspective.

First a few facts and estimates:

- To date there are eight bishops worldwide (by my count which may be out of date) who have been received into full communion and ordained.

- Something going on a couple of thousand lay Anglicans have been received or are in a process to be received into the three ordinariates that currently serve the UK, the USA, Canada and Australia.

These numbers, though small, change monthly. Generously, the Holy Father has bestowed the rank of prelate of honour (Monsignor) upon each of the received former Anglican bishops following their ordinations.

Three of these former Anglican bishops have been created "ordinaries" that is leaders with jurisdiction for those who enter the non-territorial personal ordinariates erected:

1. Ordinariate of Our Lady of Walsingham (OOLW) for England, Scotland and Wales

2. Ordinariate of the Chair of St. Peter (OCSP) to include jurisdiction for those received in North America including Canada and the USA

3. Ordinariate of Our Lady of the Southern Cross (OOLSC) for Australia and, presumably, contiguous regions

These ordinaries act with authority and jurisdiction like that of bishops of a diocese without the limitation of geography within the respective Episcopal Conferences to which they relate e.g. Msgr Steenson of the Ordinariate of the Chair of St. Peter acts in concert with the conferences of bishops in Canada and the USA.

On a personal level, for example, an individual person received into the Ordinariate in Toronto comes under the same "ordinary" jurisdiction as someone in Houston,TX i.e. Msgr Steenson and does not come within the jurisdiction of the Cardinal Archbishop of Toronto though, naturally, the ordinary and the cardinal co-operate in every way possible to promote the unified witness of the Catholic Church. 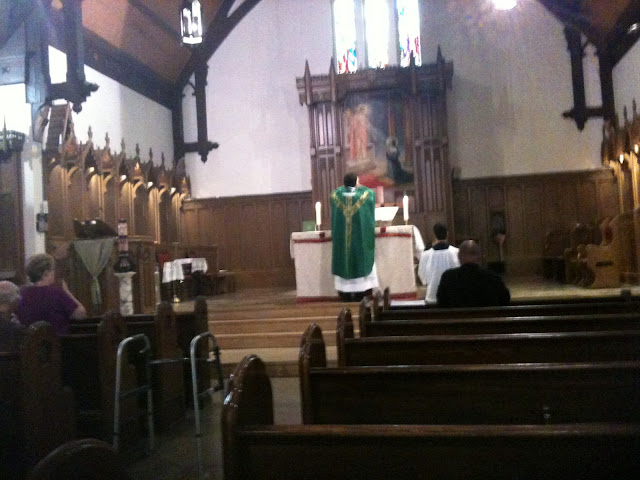 All of this should indicate that there is a warm and generous welcome for Anglican clergy and people. Some Anglicans and others, however, demur, delay or have additional questions about the process for a variety of reasons and from varying circumstances. A few have decisively (for now anyway) decided to continue as Anglicans or Anglican Catholics or Anglo-Catholics as they variously describe themselves.

These articles will begin to explore some of the concerns that people have in a non-partisan manner by listing questions that have been raised. Together we seek some answers or responses to the many details that an unfolding process presents.

Clarification has been the purpose of all of the postings on this blog and so your responses and other questions and constructive comments are invited. These will be vetted and presented to advance the discussion and illuminate what, as we have said, has been and will continue to be a developing process with many twists and winds along the "narrow way" that we are called to by the Gospel.

To record some of the concerns of people, I have been compiling a list over the summer of 2012. Here it is for your consideration.

Will the Ordinary have real control over the administration and assets of the Ordinariate which, in the case of Canada and the USA, is spread over a continent.

What role will the local bishops have and can Anglican patrimony be restricted by an unsympathetic bishop?

Is there any way that conservative Anglicans (those who have evangelical sympathies and others) might be persuaded to enter into full communion?

Will the liturgy be familiar to Anglicans or will there be such changes that worship feels foreign?  Will the great Anglican musical tradition be nurtured and developed within the Ordinariates?

Will the RSV and King James (A.V.) bibles be used? Is it a "deal breaker" as some have said if the KJV is not used at Mass?  Can the KJV be used for other services, the Offices, group and private devotions, etc., even if the RSV is the authorized text for lections at Mass?

What assets will groups be able to bring with them and what say will they have in the use of these assets.  With whom will the deeds for property reside?

Will there be support from local dioceses and conferences of bishops in terms of health care, pensions and retirement care for priests and other employees of the Ordinariate?

Pope Benedict has expressed his concern that Anglicans bring their patrimony with them to share with other Catholics. How will this happen?  What form will this sharing take or will Anglicans be absorbed into the larger Western Rite Catholic community eventually?

Will young men who marry continue to be approved for ordination?  Will the seminaries make allowance and provision for married candidates for ordination?

How will formation for the clergy of the Anglican ordinariates take place? Will everything be centred in Houston?

Will the Anglican Use parishes such as Our Lady of the Atonement in San Antonio, TX be included ultimately in the ordinariate? What will relations between AU and Ordinariate parishes and groups be in the meantime?


So, we welcome your thoughts on these matters and your further questions as we seek to follow our Lord in the way of unity under the guidance of the Holy Father and of those entrusted with the implementation of AC.

In light of the many ups and downs of any movement to unity within the Body of Christ we would do well to keep in mind the words of a young Ordinariate member:

"An Apostolic Constitution is for the ages. It will be here for any remaining Anglicans in 200 years."