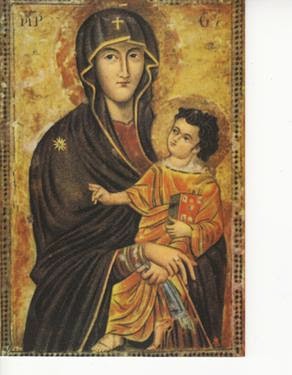 . . .  Pope Francis went to St. Mary Major Basilica to give thanks to the Blessed Mother for her protection and for the successful journey to Albania. As he has done in the past, the Pope prayed quietly in the chapel of the icon "Maria, Salus Populi Romani," and then presented a bouquet of flowers that he received last night in Albania during his final visit to the Bethany Centre for disabled children.  The faithful present in the basilica joined the Holy Father in singing the Salve Regina before the Pope returned back to the Vatican around 12:30 p.m. 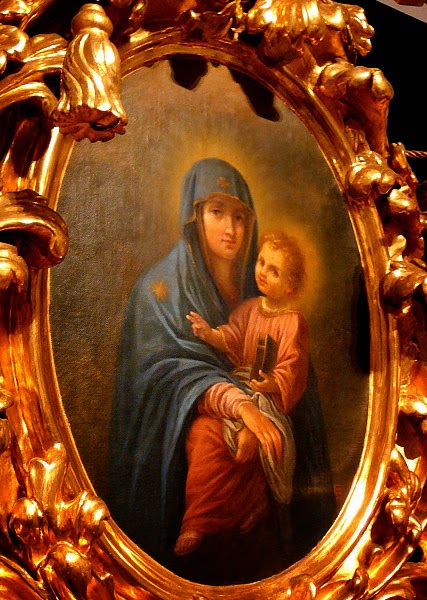 In-flight Press Conference on plane to Rome:
Culture of "tolerance", "fraternity" in Albania
Although the plane-trip from Albania to Rome was only 90 minutes, it still left time for Pope Francis to give what has become a traditional post-trip in-flight interview with journalists.
While answering questions by the journalists, Pope Francis apologized and said he would only respond to those concerning the trip itself, not wanting to overshadow the day.
During the press encounter, Pope Francis stressed the fact Albania is on the peripheries of Europe, saying this is a “sign I wanted to give.”  He also pointed out that despite the fact that Albania has a Muslim majority, it is not a “Muslim country; it is a European country,” and noted the cooperation among the three major religions: Islam, Orthodox Christianity, and Catholicism.
He reiterated the importance of the culture of “living together”, “tolerance”, and “fraternity” in the Balkan country.
The Pope said he was impressed, "from the beginning" by the youth of the country.
"They told me that it is the youngest country in Europe,” he said. “You see a higher culture…capable of building brotherhood."
The Pope said he studied for two months the history of persecution in the country during the Communist era, trying to understand.
“It was a cruel period, the level of cruelty was terrible," he said.  “When I saw [the posters of those killed during the Communist period], not only Catholics, but also Orthodox and Muslims ... this happened because they said they believe in God. Each of the three communities have given a witness to God and now bear witness to their fraternity.”
Pope Francis admitted he was moved to tears after listening to the testimony of a priest jailed for 27 years, saying he was impressed by the man’s humility which seemed to tell the story of all the others who were persecuted.

Pope Francis also confirmed that his trip Strasbourg would be on November 25th, and his trip to Turkey was to be a few days later on November 30th, the feast of St. Andrew, which he will celebrate in Istanbul with Patriarch Bartholomew. When reminded that Turkey is on the border with Iraq, the Holy Father said “the geography cannot be changed.”
Posted by peregrinusto at Wednesday, September 24, 2014