In light of Pope Francis’ recent call for a synod on the topic of the human family and his statements about the need for dialogue this week, it is worthwhile considering the questions of conscience and the Magisterium or teaching authority of the Church in light of dialogue that takes place within the Church and wider commentary in the press and elsewhere.

One of the least understood parts of Catholic doctrine is the role of the Pope in defining doctrine.  On the first centenary of the death of Blessed John Henry Cardinal Newman, Joseph Ratzinger (later Benedict XVI) made the following comments in an address regarding Newman's clarifications on the teaching office of the Bishop of Rome and individual conscience.

‘Conscience and Truth’, was the title of his address presented by Cardinal Joseph Ratzinger to the bishops of England and Wales: 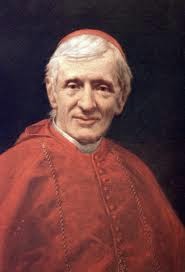 It was from Newman that we learned to understand the primacy of the Pope. Freedom of conscience, Newman told us, is not identical with the right “to dispense with conscience, to ignore a Lawgiver and Judge, to be independent of unseen obligations”.

Thus, conscience in its true sense is the bedrock of Papal authority; its power comes from revelation that completes natural conscience, which is imperfectly enlightened, and “the championship of the Moral Law and of conscience is its ‘raison d’être’ . . . . This teaching on conscience has become ever more important for me in the continued development of the Church and the world.

Newman had become a convert as a man of conscience; it was his conscience that led him out of the old ties and securities into the world of Catholicism, which was difficult and strange for him. But this way of conscience is everything except a way of self-sufficient subjectivity: it is a way of obedience to objective truth.

Newman’s teaching on the development of doctrine ... I regard along with his doctrine on conscience as his decisive contribution to the renewal of theology.

The characteristic of the great Doctor of the Church, it seems to me, is that he teaches not only through his thought and speech but also by his life, because within him, thought and life are interpenetrated and defined. If this is so, then Newman belongs to the great teachers of the Church, because he both touches our hearts and enlightens our thinking.
At the tenth workshop for Bishops, in Dallas, Texas, in February 1991, the then Cardinal Ratzinger stressed the fact that Newman‘s life and work could be described as “a single great commentary on the question of conscience”:

Newman was much more taken by the necessity to obey recognized truth than his own preferences – even against his own sensitivity and bonds of friendship and ties due to similar backgrounds . . . . He emphasized truth’s priority over consensus, over the accommodation of groups. I would say that when we are speaking of a man of conscience, we mean one who looks at things in this way.

A man of conscience is one who never acquires tolerance, well-being, success, public standing, and approval on the part of prevailing opinion, at the expense of truth . . . In this respect, Newman is related to Britain’s other great witness of conscience, Thomas More, for whom conscience was not at all an expression of subjective stubbornness or obstinate heroism. He numbered himself, in fact, among those fainthearted martyrs who only after faltering and much questioning succeed in mustering up obedience to conscience, mustering up obedience to the truth which must stand higher than any human tribunal or any type of personal taste. ... Conscience cannot be reduced to social advantage, to group consensus or to the demands of political and social power. 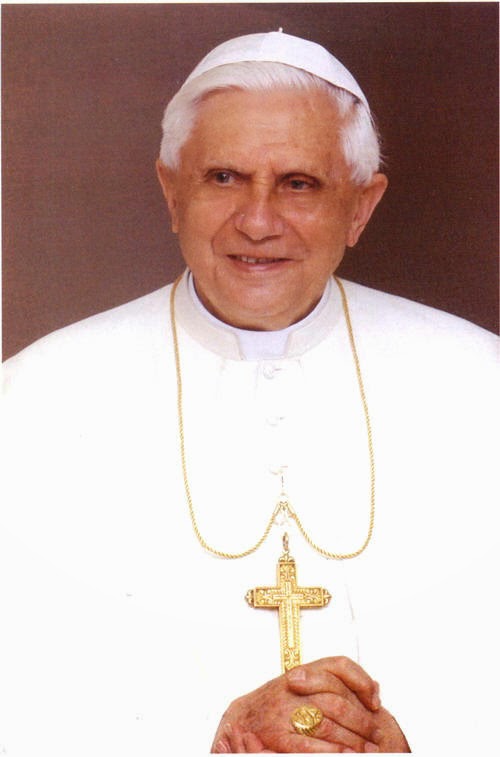 During an ‘Ad Limina’ in February 2010 Benedict XVI said:

In a social milieu that encourages the expression of a variety of opinions on every question that arises, it is important to recognize dissent [from Church teaching] for what it is, and not to mistake it for a mature contribution to a balanced and wide-ranging debate.

It is the truth revealed through Scripture and Tradition and articulated by the Church’s Magisterium that sets us free. Cardinal Newman realized this, and he left us an outstanding example of faithfulness to revealed truth by following that “kindly light” wherever it led him, even at considerable personal cost.

Great writers and communicators of his stature and integrity are needed in the Church today, and it is my hope that devotion to him will inspire many to follow in his footsteps.

As we approach the synod on the family it is important to understand how the Church evaluates contributions in light of Scripture, Sacred Tradition and reason. The role of the Magisterium in defining doctrine which is then articulated for the consciences of the people of God by the infallible authority of the Bishop of Rome is indispensable i.e. the assurance of the Holy Spirit that the Church will not "fall" into doctrinal error.

Pope Benedict was greatly influenced by the life and teaching of Blessed John Henry Newman and so was obviously delighted to beatify him while indicating that the Church might one day name him a Doctor of the Church.

‘You were then already a student of Newman. Was it you who transmitted to Ratzinger an interest in the English cardinal-theologian’.

Newman was not a topic like any other, he was our passion.