In a recent article,  a Dominican brother recounts some of the spiritual themes in the writings of Sigrid Undset, a Norwegian and Catholic convert from Lutheranism.

After many years, I finally read the trilogy by Undset for which she won the Nobel Prize for literature: Kristen Lavransdatter.   I did so before travelling to Norway with my daughter, Annie, this past summer. 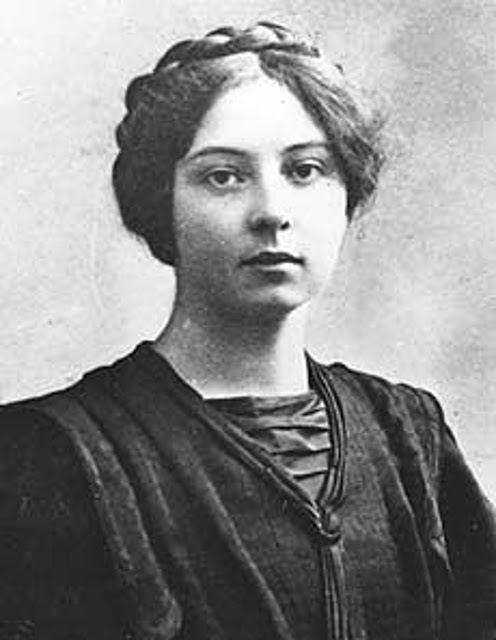 In times of crisis, both personal and ecclesial, it can be a great comfort to revisit the lives of Catholics who have gone before us, who have suffered for the faith valiantly (or at least patiently), and have faced the final battle of death. Perhaps it is a sort of escapism, but it is the sort of escapism that prepares us to better confront reality upon our return from reading. We look away from our trials only to return our attention to them with eyes fortified to see subterraneous truths, truths that will outlast the tumult of the present day. The faithfulness of our predecessors not only stands as an example, but can in some sense cause our own fidelity:  the lives of past Catholics are a seed of hope for present Catholics.
One Catholic to whom I have turned recently is Sigrid Undset. Though best known for her novels, in her later years Sigrid Undset dedicated more and more time to writing Catholic apologetics. Her essays range from polemical denunciations of the Protestant establishment in Norway, to reflections on the lives of the saints, to engagement with feminist strands of thought, to meditations on conversion and the truth of the faith. She fortified herself against the difficulties of her present condition—she lived through both World Wars, forced exile from Norway, and five years abroad during the Nazi occupation of Norway—by recourse to the Catholics and Catholicism of previous ages. As a convert who, through her immersive research on Medieval Norway, had spent much time in a different era (so to speak), she had both historical and spiritual grounds by which to judge the idols of the present age.
Like all great apologists, Undset pointed out the deep inconsistencies in the cultural currents arrayed against the Church during her life. She wrote strongly against relativism, which by the first decades of the twentieth century was comfortably established in Norway: “One cannot escape dogmas—those who hold most firmly to dogmas today are those whose only dogma is that dogmas should be feared like the plague.” She took on ascendant ideologies of race: “To put trust in race, that is to say, to be unreasonably in love with one’s own prejudices and biases without critically judging their value, is the sure way to let the least valuable elements in the race develop unchecked because they are stained with our favorite colors.” And she diagnosed the poison of secularism in the strongest terms: “Pre-Christian paganism is a love poem to a God who remained hidden, or it was an attempt to gain the favor of the divine powers whose presence man felt about him. The new paganism is a declaration of war against a God who has revealed himself.” She even took on issues that she discovered among Catholics during her time in America:

The Catholics of America have been infected by the puritanical system of suppression—which is entirely un-Catholic. The system, that is, which assumes that Christian virtues are best protected if we pretend to know nothing of the dangers that threaten them, or that in any case we ought not to assume that they can be threatened by temptations against which there is no help but the will to rely on supernatural grace.

The heightened rhetoric of her polemical prose reveals the great pleasure she took in defending the truth.
Her own conversion peeps out in many of her writings as an organizing principle. In a lovely little essay, “If 2 + 2 = 5,” she divides converts into two types, those who “felt drawn to the Church long before they came to belong to her,” and those “who have come to the Catholic Church because they have been convinced that she can tell them the truth about human origins and being and duty in the world.” And in the mystery of conversion, she finds a great hope for the world:

The world is no more ready for God than we were for him. . . . Our stubbornness can be seen to be as meaningless as was the apostles’. . . . Perhaps this is the task which has been given us, we who doubted everything and everyone before coming to faith in Jesus Christ in his Mystical Body, the Church—that we should bear witness to the impotence of men’s arrogance against his power.

When Undset returned to Norway in 1945, her exile abroad had weakened her health, and she died only four years later. Her masterful biography of St. Catherine of Siena brought to a close her writing career. Just as she looked to earlier saints for strength and inspiration, so we can look to her for encouragement in troubled times. I do not mean to canonize her (she evidently had her faults), but her deep interest in what makes a saint a saint, and her commitment to the fact that the most riveting story on earth is a person’s conversion from sin to grace, offer insights that our times need quite desperately.