"Is there a God" will be debated in a series named for a former atheist who became an Anglican Christian apologist and was ultimately received into the full communion of the Catholic Church. 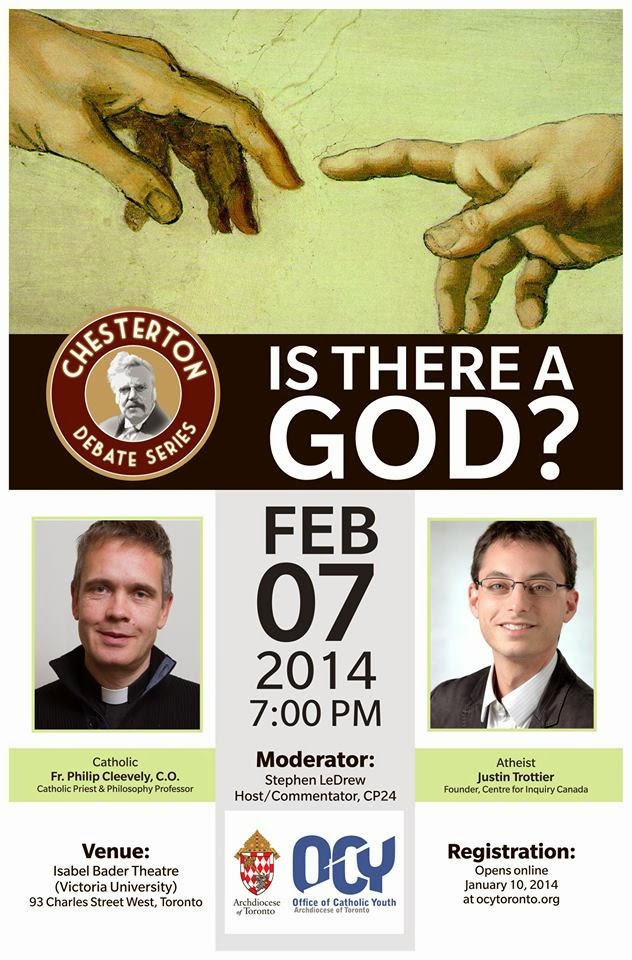 G.K. Chesterton is one of the most famous Catholic converts of the 20th century. He had a rapier mind and a sharp logic which he applied to both his public speaking and to his writing. His apologetics and his fiction are at once clear, persuasive and humorous. 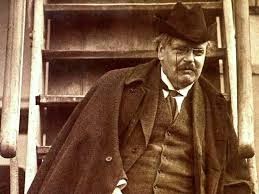 Converts come in all shapes and sizes. A recent interview with the beloved comedian Tim Conway pointed out the source of his family-oriented humour - his Catholic faith -  to which he converted as a young man and never forsook. 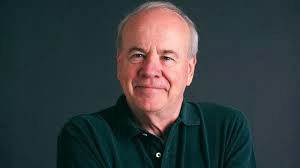 A noted Canadian professor and journalist has written eloquently of his journey from evangelical Christianity to the Catholic Church via Anglicanism. Ian Hunter was a young lecturer at Carleton University in Ottawa when I first met him in the early 1970s. After a distinguished career as a professor of Law, Ian now focuses much of his writing on issues of faith and we are all the better for it.

So-called "Cradle Catholics" often wonder about the Ordinariate as they do about the Eastern Catholic Churches in communion with Rome, if they are even aware of them. The liturgy is different, there are married priests, etc.  Some even imply that we are not "fully" Catholic or advise other Catholics that Ordinariate Masses are only for Protestants and others who are not "real" Catholics.

There is only one class of Catholic, and we all belong to it. Every Ordinariate Mass is open to any Catholic who wants to come as it is to any Anglican, Lutheran, Evangelical, agnostic or atheist who is seeking something deeper. Yes, formal registration with the Ordinariate is first of all for those not previously confirmed in the Catholic Church and those not registered as confirmed in a parish. However, you may have been baptized, or not, in any church, Catholic or not, and are welcome to apply. In fact, anyone who is married or in any way related to a member of the Ordinariate can also be registered. Registered or not, everyone is welcome to come to Mass or Confession as  everyone is certainly welcome to worship in whatever Catholic Church they wish.

In the tradition of Chesterton, Catholics of all backgrounds have something to share in the New Evangelization. In the  Personal Ordinariates we have been given the mandate to welcome all Catholics to communion at our Masses but especially to reach out to non-Catholics and to baptized but unconfirmed Catholics. This is a big field of work and so we need people like Fr. Cleevely and Prof. Ian Hunter along with the writings of G.K. Chesterton and the quiet witness of everyday Catholics like Tim Conway - we need a sense of humour too.

Come aboard, the view is fine from this side of the Tiber; and the company is great!
Posted by peregrinusto at Sunday, January 26, 2014