"Catholics of the Anglican Patrimony" by Fr Aidan Nichols, O.P.

If you have not yet read Fr. Nichols little book published recently giving the history of the Anglican Ordinariates and their raison d'être, do get a copy. 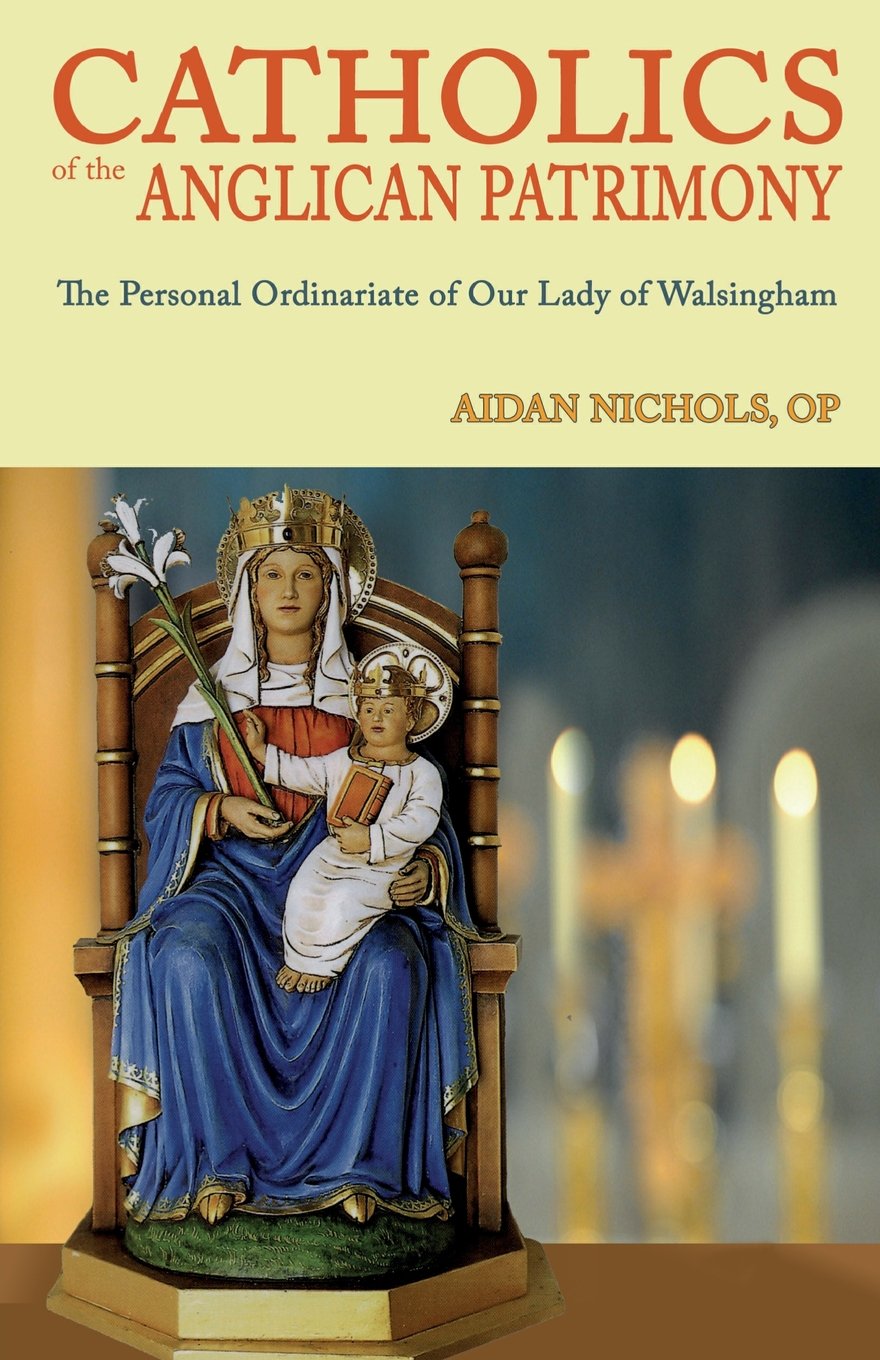 He begins with an insightful analysis of the three streams in Anglicanism and how they have ebbed and flowed from the 16th century to the present. The High Church (later Anglo-Catholic), the Evangelical (Low Church) and the Latitudinarian (liberal) streams have each held the ascendency in different periods and in various parts of the world.

In the words of Fr. Stephen Smuts:


"The book is an extended essay and arose from a remarkable lecture delivered under the auspices of the Ordinariate, as part of a conference on its place and purpose with the work of New Evangelisation. Fr Nichols revisited a familiar and resonant theme of his, that proclamation and evangelisation do not concern only the personal individual but groups and traditions of people, including entire cultures and histories. This understanding, incidentally, lay within Pope Benedict’s presentation of evangelisation on his visit to Great Britain in 2010. Faith alone, he said, answers humanity’s profoundest questions and longings; hence the need and benefit for the constant and public dialogue of faith and reason, between the Church of Christ and society, the state, politics, commerce and culture."

The constant Erastian tendency which would allow the state and secular power to dominate the Church is highlighted as Fr. Nichols describes what has led to the last stand of Anglo-Catholics in the C of E and elsewhere. This struggle is discussed in light of the now obvious fact that as Evangelicals continue to split with the liberal establishment in the erstwhile Anglican Communion, the only place for Catholic Anglicans to survive and grow is within the full communion of the Catholic Church.

Fr. Nichols provides an outline of how the various elements of the 500 year Anglican patrimony can be joined with the 1000 previous years of Catholic mission and witness in Britain and elsewhere. He sees not only Romanizing Anglo-papists coming into the Ordinariates but inner city pastors and Anglicans seeking the stability of the magisterium. Evangelicals like Fr. Gibson at St. John's in Calgary are also leading historically aware people into full communion. As Blessed J.H. Newman tell us "To be deep in history is to cease to be Protestant."

Anglican Ordinariates are a small but growing fact in the UK, North America and Australia as they bring their patrimony of music, pastoral care and liturgy into the service of the universal Church. The roots of this idea of Anglican communities united with but not absorbed by the Latin Rite of the Roman Catholic Church  has come to fruition over the past thirty years.

Fr. Nichols pays tribute to Pope Benedict XVI for his vision and determination to move ecumenical relations forward after the impasse with official liberals in the West.  He explores the liturgical gifts that the Holy Father was keen to bring into the broad landscape of Catholic liturgies which include many Eastern and Western rites.

This book by the magisterial Fr. Nichols is a must-read for those coming into the ordinariates providing, as it does, a vista of the history and potential for Anglican culture and ministry fully in communion with  the Church, it's Catholic witness and the New Evangelization.
Posted by peregrinusto at Tuesday, October 15, 2013